The Firm
at a glance

Our Team is working diligently to complete our Firm at a glance Introduction video.
Please,
check back later.

Tell us about your case.
We can help.

Please fill the form below and we will contact you right away. Feel free to give us some brief insight into your case.

The hiring of a lawyer is an important decision that should not be based solely upon advertisements. Before you decide, ask us to send you free written information about our qualifications and experience. This web site is designed for general information only. The information presented at this site should not be construed to be formal legal advice nor the formation of a lawyer/client relationship.

The Mayersohn Law Group interprets the legal issues put before us and develops substantive and innovative strategies to protect the rights of our clients.

“I am pleased to be recognized for my unwavering efforts on behalf of my clients,” says Mayersohn. “I always strive to achieve success for them by going that extra step.”
The Mid-Year Top Lawyer Section of the South Florida Legal Guide highlights attorneys that have been listed as a “Top Up & Comer” since at least 2004. When attorneys are listed in this category, it is expected that they will at some point become a “Top Lawyer”. All lawyers listed are believed to have the right credentials to be listed currently in the “Top Lawyer” category. This excellent group of attorneys will be listed in this year’s traditional yearly edition in December within the Top Lawyer category.

Ft. Lauderdale, FL – Criminal Defense Attorney Leah Mayersohn has been selected for inclusion on the 2009 Florida Super Lawyers list; based on a statewide nomination, review of her resume and...

Ft. Lauderdale, FL – Criminal Defense Attorney Leah Mayersohn has been selected for inclusion on the 2009 Florida Super Lawyers list; based on a statewide nomination, review of her resume and evaluations from her peers. The “Super Lawyers” list appeared in the Florida Super Lawyer magazine, which is mailed to attorneys in Florida and the American Bar Association (ABA) accredited law school libraries.

“It is honor to be listed among a group of exceptional lawyers,” says Mayersohn. “Peer recognition for my professional efforts and achievements is always much appreciated.”

“Super Lawyers” is a listing of outstanding lawyers from more than 70 practice areas who have attained a high degree of peer recognition and professional achievement. “Super Lawyers” magazine is published in all 50 states and reaches more than 13 million readers. Only the top five percent of attorneys from each state are chosen each year. Polling, research and selections are performed by Law & Politics, a publication of Key Professional Media, Inc. The objective is to create a credible, comprehensive and diverse listing of outstanding attorneys that can be used as a resource for attorneys and consumers searching for legal counsel.

With two chiefs, of two of Florida's biggest police departments, involved in scandal, corruption in South Florida might seem to be rampant. However, a quick glance at South Florida's political history,...

With two chiefs, of two of Florida’s biggest police departments, involved in scandal, corruption in South Florida might seem to be rampant. However, a quick glance at South Florida’s political history, and you might realize it’s just business as usual.

Lately, it seems more of our trusted leaders have violated that sacred bond with the pubic, starting with Miami Police Chief John Timoney and ousted Broward Sheriff Ken Jenne.

“You just don’t know who to trust to even vote anymore,” said Janet Gomez.

“When they are accused of doing something wrong and the rest of us are trying hard to do the right thing, it’s just disgusting to hear,” said Meryl Catlin.

Attorney Leah Mayersohn hopes this serves as a wake up call.

Mayersohn is a former prosecutor, and she figures some corruption could come from public officials trying to ‘keep up with the Jones’ on a public servants salary, instead of their former high dollar incomes.

“There seems to be some kind of temptation for them to go ahead and live the South Florida life style,” said Mayersohn. “And there seems to be an inherent financial pressure on these individuals as well.”

While we’re all tired of the seemingly endless cases of greed and scandal, Mayersohn points out an upside: It may discourage others from betraying those who count on them.

“I think that it’s good that prosecuting agencies have taken a position that’s very tough on any kind of corruption because I think it helps restore the public faith to the different offices that are elected,” said Mayersohn.

And don’t expect this parade of accused corrupt public officials to end anytime soon. Sources tell us that there are several more cases in the pipeline right now. 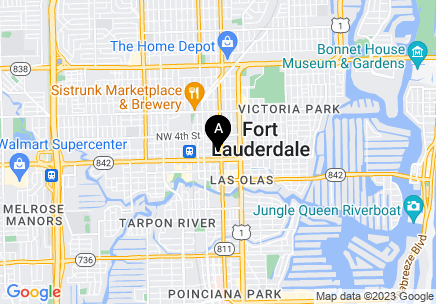 View All Our Locations
to top